Home » About Us » Board of Directors » Mike Alley 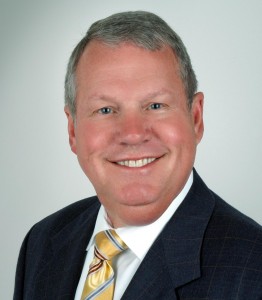 Mike Alley served as Commissioner, Indiana Department of Revenue from 2012 through 2015 at the request of Governor Mitch Daniels and reappointment by Governor Mike Pence. During his tenure, Mike led the transformation of the Department to focus on quality and accuracy through multiple technology and cultural enhancements. In addition, the Department became a nationally recognized leader in combating tax identity protection and fraud prevention. The Department employs approximately 750 full and part time employees through its primary offices in Indianapolis and 11 district offices throughout the state and collects over $18 billion of revenue for the State of Indiana.

Mike previously served as Chairman & CEO of Integra Bank Corporation in Evansville from 2008 through 2011 and President & CEO of Fifth Third Bank, Central Indiana in Indianapolis from 1989 through 2002. During the interim period, Mike was an active owner of two operating companies, electronic evolutions, inc., a leading electronics integrator, and Leaf Software Solutions, Inc., a leading software consulting company. Mike sold his interests to existing management teams in both of these operating companies. Earlier in Mike’s career, he worked for KPMG in Cincinnati and Bank of America in Austin, Texas.