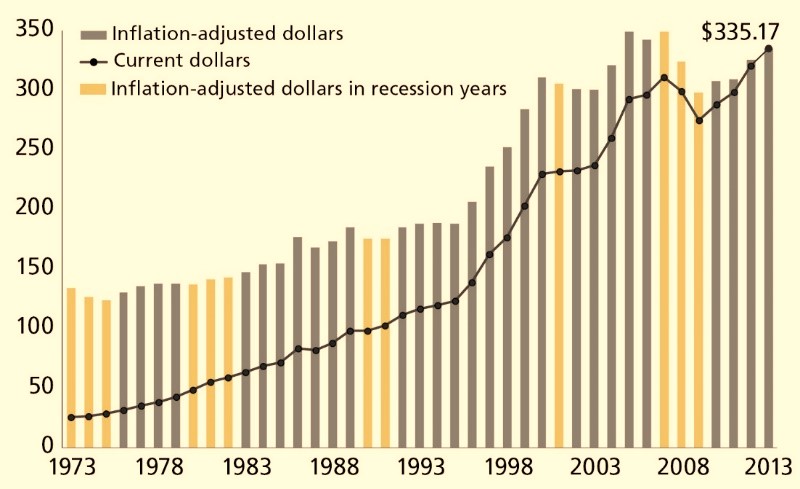 In total, Giving USA 2014 estimates that $335 billion was given to charity in the United States last year by individuals, corporations, and foundations. This is the fourth consecutive year of growth in giving, following what was an unprecedented two-year drop in giving during 2008 and 2009. Most encouragingly, this total puts the sector within five percent of the high water mark for charitable giving set in 2007 before the recession ($349 billion in inflation adjusted dollars). That means that in 2014 – if growth holds steady – we will likely come close to matching or eclipsing the highest recorded total giving that Giving USA has ever recorded.   Given the economic uncertainty that followed the recession, some thought that it might take a decade to return to these levels, but donors and fundraisers have made it happen in half that time.

Shifting out of “Crisis Mode”
Another year of data gives us a clearer picture of how donors responded to the recession and the recovery, and what opportunities and challenges those responses have created. As the recession hit, all types of programs felt the collective strain of reduced giving. It is fairly clear now, however, that donors didn’t just reduce, but also reallocated their giving, so the impact on things like giving to human service organizations was buffered by people and organizations redirecting gifts that would have gone to other types of organizations – like institutions of higher education – in less trying times.

Donors now appear to be adjusting out of this crisis mode and rebalancing their giving portfolios to invest in areas like arts and culture, the environment and animals, and education. As a result, giving in these areas is growing at a faster rate than giving to the nonprofit sector as a whole during the recovery, while giving to human services, international affairs, and religion have grown at a slower rate than the sector – or even declined.

Ongoing Challenges
Charitable giving also represents only one portion of an institution’s financial well-being. Government resources devoted to research and student assistance, a significant source of revenue for many institutions, have been reduced or stayed flat, and the economic wherewithal of students and their families to bear the burden of tuition either through direct payment or incurred debt remains a challenge. It is unlikely that even strong growth in giving could completely counteract instability in these areas. 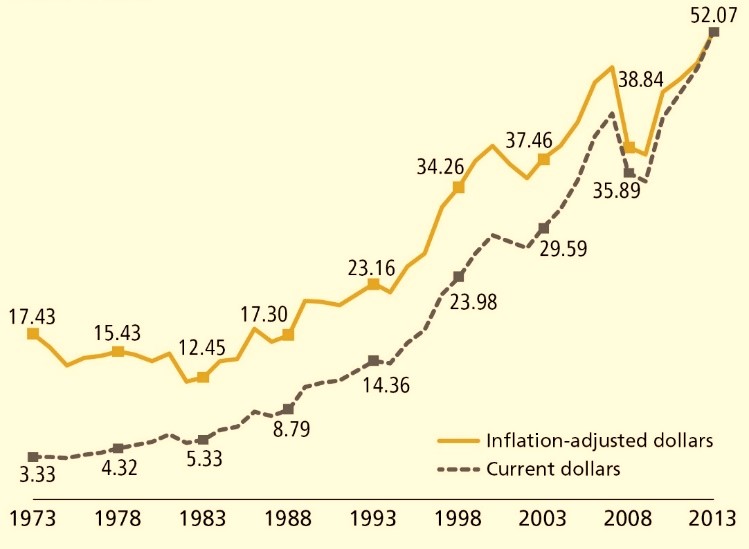 What this Means for Colleges and Universities:

Don’t miss your opportunity to reengage donors: Donors can frequently be lost or gained in moments of transition. As they face financial hardships, move to new places, or garner new financial resources, people often reevaluate where they are giving. The economic turmoil of the past several years caused many donors to change their habits, stopping their giving to some organizations and redirecting resources to areas of perceived need. Data suggests we are now at a new point of transition, where donors are reinvesting in education and other areas. It is important that colleges and universities make sure that they reengage these donors before other causes capture their attention and interest.

Remember capital is firmly on the table: Another aspect of shifting donor priorities is growing support for capital projects and long-term investments. The Council for Aid to Education’s Voluntary Support for Education survey found that giving for capital purposes grew at nearly twice the rate of giving for current operations (12.4 percent growth vs. 6.9 percent growth). Comprehensive campaigns, or even targeted capital projects, can provide opportunities to excite and reengage donors.